Things to Do When a Sponsorship Licence is Refused 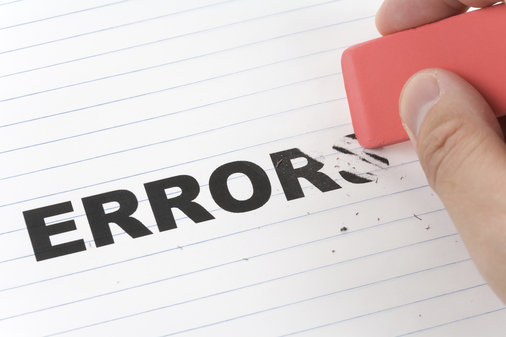 Applying for a Sponsorship (Sponsor) Licence can be a daunting process, especially when you are a newly incorporated company wishing to expand and are not well versed in the law pertaining to Sponsor Licences.

The Home Office tends to scrutinise relatively new companies whom are applying for a Sponsor Licence more than they do with established companies. They are likely to visit the offices of the respective new company for an audit after providing email confirmation of their intention to do so.

The Home Office adheres to a strict policy in relation to Human Resources (HR) systems which a company have in place in regard to monitoring their employees. The HR systems put in place need to be robust in order to succeed.

It is advisable that Companies ensure they do their research on the vacancy that they wish to advertise. The job description should be of a similar level to the relevant Job Code/Job Role on the Home Office’s website. Although, companies should be careful not to copy the examples listed on the website as this will likely have a negative impact in regard to their respective applications.

The mistake would need to be the result of one the following reasons:

–          The caseworker processing the application made an error in their decision;

–          The supporting documentations sent at the time of the application were not considered.

Upon receipt of the refusal letter from the Home Office, you have 14 days from the date of the refusal decision to submit your representations, documents and Error Correction Form, if you believe that the refusal was made in mistake, owing to the aforementioned reasons listed above.

If the decision is overturned, you will be granted a Sponsor Licence.

If the decision is maintained, then you may have the opportunity to submit a Letter Before Claim (LBC) to prevent an action of Judicial Review (JR), if you feel that the refusal was unjust, and that the Home Office had failed to correct blatant mistakes identified in the Error Correction application. The Letter Before Claim will be review by the Home Office Litigation department.

If the response to the LBC is unfavourable, you can proceed to make a JR application. This will be to bring the case before a judge. However, undertaking a JR is both time consuming and expensive, and the burden of proof is quite high. Thus, proceeding with a JR application is definitely something which should be carefully considered by the company looking to make the respective application.

Moreover, if you are not intending to make an Error Correction application or if you do and then decide not to proceed with the LBC/JR upon a decision being maintained, you will need to wait for the 6-month cooling off period before re-applying for a Sponsor Licence.

Please note, Barar & Associates have undertaken numerous error correction applications due to caseworker errors and have been successful in overturning refusals in the past. We can also advise on the best course of action after a refusal, as sometimes, it is both cost effective and less time consuming to proceed with a fresh application after the 6-month cooling off period has elapsed.

PrevPreviousSecretary of State for the Home Department v MS [2018] EWCA Civ 1776
NextBREXIT: Right to reside for EU nationals and their family membersNext